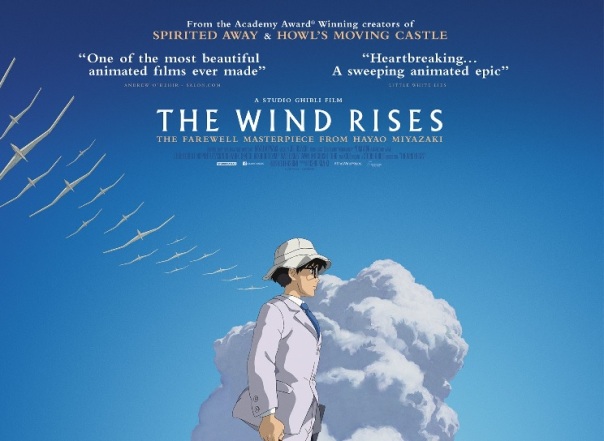 Hiyao Miyazaki’s last film as writer/director is a sumptuous visual feast. The Wind Rises may not be as much fun as some of Studio Ghibli’s more child-friendly films, but it has charm, beauty and breathtaking sequences. It is a glorious farewell showcase for the genius of the great Japanese animator.

The Wind Rises is a fictionalised biography of Jiro Horikoshi, designer of the Mitsubishi A6M fighter plane. It is also a love story, loosely based on Tatsuo Hori’s novel The Wind has Risen (1937). Brave Jiro (voiced in the dubbed version by Joseph Gordon-Levitt) grows up reading aviation magazines and dreams of becoming a pilot. Shortsighted, with his round bottle-top glasses, he decides to design and create aircraft instead. Throughout the film the famous Italian aeronautical designer Caproni appears in his dreams as a kind of mentor. ‘Aeroplanes are beautiful dreams,’ he tells Jiro, ‘and engineers turn dreams into reality.’

Jiro first meets his future wife, Nahoko (voiced by Emily Blunt) during the Great Kanto Earthquake of 1923, when he piggy-backs her injured mother to safety. This sequence is Spielberg-like in its sweep: the earthquake roars like Godzilla, toppling houses like dominoes; fires spring up, snowing black ash and embers. As the tremors subside, we see a close-up of shaking pebbles. An aerial shot of panicking crowds features expressive faces– more Breugel than Lowry.

Miyazaki’s attention to detail and the beauty of his team’s artwork is awe-inspiring. From the mesh of mosquito nets, blades of grass ruffled by the breeze, flowers and technical drawings to sun-dappled woods and azure skies with cumulus clouds. The gorgeous watercolour sunsets are reminiscent of paintings of J.M.W. Turner or Monet; shadows on houses look like the work of Edward Hopper. It feels at times as if you are in an animated art gallery. 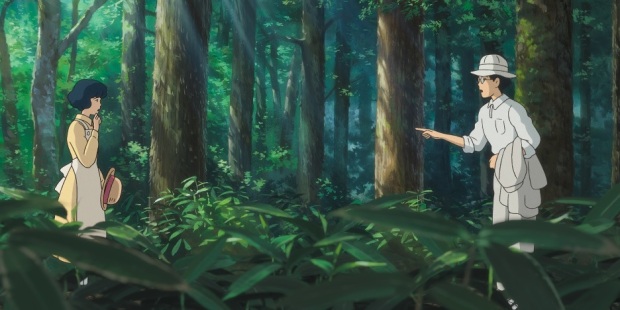 But the Second World War is looming and Jiro’s planes will destroy much off this beauty. The Wind Rises has an anti-war message, in keeping with Miyazaki’s other films, but this central paradox – that beautiful creations can cause death and destruction – is not explored in any depth. The closest we get is a dream discussion between Jiro and Caproni about his work: ‘which world will you choose?’ asks the Italian. ‘I just want to create beautiful aeroplanes,’ replies Jiro. Later he says ‘we’re not arms merchants. We’re just trying to make good aircraft.’ He is not shown agonising over the morality of designing weapons of mass destruction.

Unlike most of Studio Ghibli’s other films, this is not really suitable for young children. Its adult themes and dry engineering details (‘split slats and flaps on the leading edges’) will probably have them fidgeting. At over two hours long, The Wind Rises does occasionally feel too slow and ponderous. But, as with films such as My Neighbour Totoro, which doesn’t have much in the way of plot, Miyazaki encourages you to slow down, to dream and immerse yourself in his world. The sound of raindrops spattering on Nahoko’s white parasol reminds us of Totoro.

There is comic relief to be had in Jiro’s cross little boss. In the dubbed version, Martin Short is hilarious as Kurokawa. With his screwed up little face, angry bark and flapping hair he is like Team America’s puppet of Kim Jong il. When Jiro announces he is getting married, Kurokawa says ‘I thought you would marry an aeroplane,’ and he rather spoils the dignity of the marriage ceremony by referring to his worker as an ‘insensitive chucklehead.’ You wonder how the translator came up with that one.

The Wind Rises is the most Japanese of Miyazaki’s films. In its depiction of life in Tokyo in the 1920s and 1930s it feels like a love letter to the pre-War past.