The Miseducation of Cameron Post is a compassionate, big-hearted coming-of-age drama about the experiences of a gay teenager sent to be ‘cured’ at a conversion therapy centre. Fascinating, wryly comic and beautifully made, the film may disappoint those expecting dramatic tension. God’s Promise camp’s attempts to ‘de-gay’ its campers sometimes sucks the life out of the film, as well as its characters.

Director and co-writer Desiree Akhavan would argue that this is intentional, that it shows the need for young people to have the freedom to express their true selves, whatever their sexuality. So when Cameron (Chloe Grace Moretz) and her friends sing along to a pop song on the radio (What’s Up by 4 Non Blondes), it is hugely liberating for both actors and audience. If this was a Hollywood film then the camp’s director, Miss Marsh (Jennifer Ehle) would join in. But here she just turns off the music.

Chloe Grace Moretz (so good in Kickass) has a wide, handsome face, with luxuriant eyebrows, and we spend much of the film looking at it. She sometimes brings to mind James Dean or Zac Efron, but her default expression is blank. Yes, Cameron is supposed to be cool and confident in her sexuality, but Moretz struggles to convey her conflicted feelings as the camp gets under her skin and her self-possession begins to crumble. 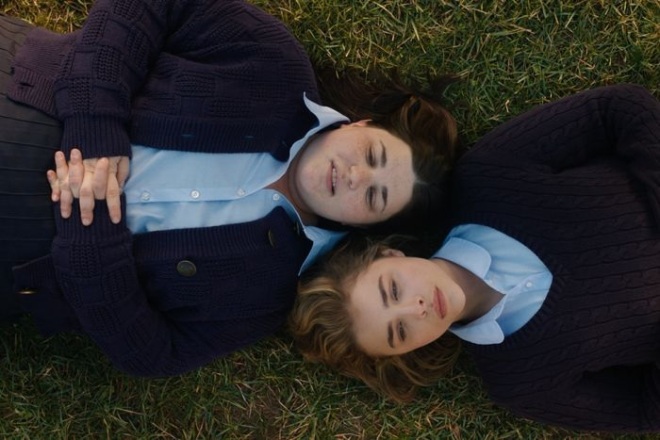 Based on the bestselling novel by Emily N. Danforth, The Miseducation of Cameron Post is set in 1993 Montana. In a beautifully composed opening sequence Akhavan shows us a montage of events leading up to her teenage heroine’s arrival at God’s Promise. A teacher at Bible class tells his pupils ‘you’re especially vulnerable to evil. What feels like fun is really the enemy’. Cut to Cameron and best friend Coley getting dressed up for Prom night to a doo-wop tune. Then the awkwardness of photos with her spotty date. Dancing with Coley. Smoking hash in the back of a car with Coley, then kissing, until things become more passionate. At that point, Cam’s spotty date opens the door on them. 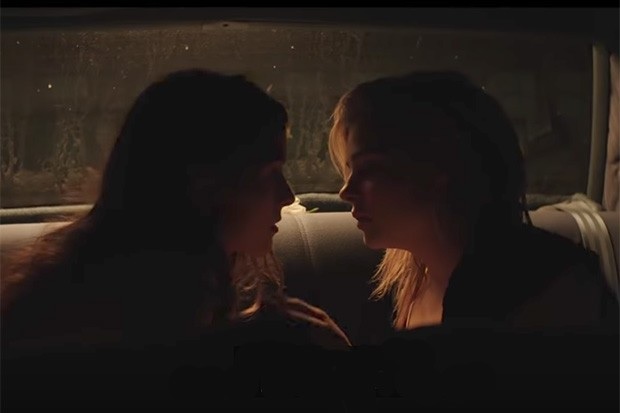 Her foster mother drives her to the camp, convinced that she is doing it out of love, that Cameron’s lesbianism, or Same Sex Attraction (SSA) is some kind of disease that can be cured through therapy, which includes holding hands in a circle, chanting ‘I must be the change’ and listening to earnest Christian rock music.

Camp counsellor Reverend Rick (John Gallagher, Jr) has been cured of SSA himself and his decency and goodness balances the pantomime villainy of his sister, Miss Marsh. But the changing weather passing across Rick’s expressive face makes us aware of his own internal battles.

Exposure to all this makes Cameron doubt herself, but she makes friends with two like-minded campers and together they find the strength to resist indoctrination. ‘I’m tired of feeling disgusted with myself,’ she confides to stoner amputee Jane Fonda (Sasha Lane), who replies ‘Maybe you’re supposed to feel disgusted with yourself when you’re a teenager.’

After tragedy strikes at the end of the film Cameron is wise to the truth: ‘You people don’t know what you doing, do you? You’re just making it up as you go along.’ She asks an investigator ‘how is teaching people to hate themselves not emotional abuse?’