As 93 year old Sherlock Holmes Sir Ian McKellen gives a memorable performance, humanising the famous detective in his doddery old age. In Mr Holmes he struggles to remember the important details of his last case, the one that drove him into exile. Absorbing and unshowy, the film moves at a gentle pace to a moving, satisfying and poetic conclusion. 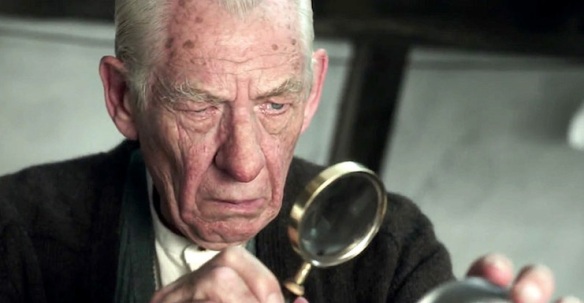 McKellen’s wonderfully expressive face is ever-present, and it commands our attention with its deep creases, saggy bags and liver spots, like a foxed old treasure map. Though world-weary, his eyes remain clear and sharp, able to convey mischief and annoyance, despair and amusement. It is a performance to cherish alongside his Gandalf from Lord of the Rings.

Mr Holmes is concerned with the value of fiction and stories. ‘Fiction is worthless’, says Sherlock, dismissively, ‘I prefer logic’. By the end of the film, however, he is forced to revise his opinion, as his failing memory finally uncovers the truth, and he realises that logic fails to illuminate the mystery of human nature.

Based on Mitch Cullin’s novel A Slight Trick of the Mind, the film imagines a world in which Sherlock Holmes was ‘real’, rather than a character created by Arthur Conan Doyle. Mr Holmes has been ‘away from the world’ for 35 years, living in exile in post-war Sussex with housekeeper Mrs Munro (Laura Linney) and her young son, Roger (Milo Parker). But he is still recognised on the train and members of the public continue to send him letters asking for help, which he neglects to read.

In 1947 Holmes puzzles over his last case, which went badly and caused his exile, a story told in fragments of flashback; in the present, a Japanese man seeks the truth of what happened to his father, who met the detective in London in 1918 and never returned to his family. Then there is the seemingly more mundane problem of dying bees in Holmes’ hive, though this turns out to contain as much drama as the other two mysteries.

Along the way Holmes forges a close friendship with Roger, a bright and inquisitive boy, teaching him about detection and bees, while being inspired to remember the details of his last case. Roger’s widowed and frustrated mother is faintly disapproving of their relationship, causing tension in the household. Roger becomes openly critical of her: ‘she can barely read,’ he says, and his ally Holmes remarks rather coldly, ‘exceptional children are often the product of unremarkable parents.’ 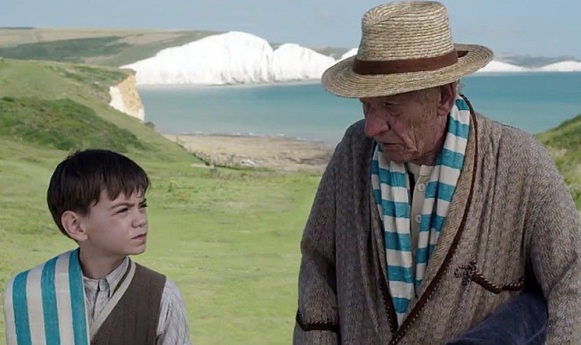 The supporting actors are both excellent, with newcomer Parker natural and exuberant as Roger, and American Linney unrecognisable as the very English Mrs Munro. Elsewhere, there are entertaining cameos from Frances de la Tour and John Sessions.

There are steam trains, white cliffs and beautiful Sussex gardens. Bee-keeping features prominently and we get a glimpse of the famous consulting rooms at 221 B Baker Street. But this is no quaint heritage piece of English literary pastiche. The film also features the horror of Hiroshima and the painful realities of old age.

Mr Holmes has fun with its source material – ‘penny dreadfuls with an elevated prose style’, as Holmes calls the stories – without being tricksy and forced. Tourists flocking to 221B Baker Street hoping to see the famous detective are left disappointed because ‘Watson had always published a false address’. Holmes enthusiasts will know that the deerstalker was ‘an embellishment of the illustrator’, but we also learn that he preferred a cigar to the pipe and wrote a book on royal jelly.