This grainy 1972 documentary, which records two nights of Aretha Franklin at the height of her superpowers, is finally available after technical and legal problems. Music fans will be delighted that film and soundtrack are now in synch: the resulting film is an uplifting time-capsule of gospel rapture and mighty afros. 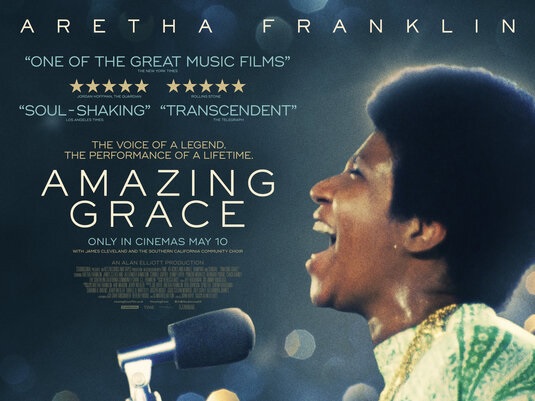 This being a church (the New Temple Missionary Baptist Church in Los Angeles), the First Lady of Soul offers up her astonishing voice to the Lord. It is a gift of great richness and warmth. Stretching the song Amazing Grace out to nearly 11 minutes, Aretha uses melisma to goosebump-making effect. This is speaking-in-tongues singing. Her voice goes all over the place, up and down the scales, channelling the spirit, as the congregation encourage her to “Sing it!” and “Bring it!”.

Backed by her band and the Southern California Community Choir, Aretha’s voice fills the church and it is overwhelming, causing some to shake their stuff in the aisles and others to flop back into their seats, sobbing. Music sounds special in churches. Atmosphere, spirituality and raw proximity can often combine to make you feel overcome with emotion. To have been part of this audience, witnessing Aretha in close-up, must have been incredible. 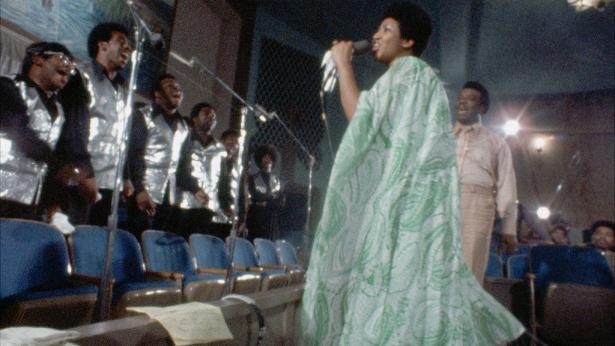 Standing at the mike in her white sequinned gown (a green and white paisley number for Night Two), or playing the piano, Aretha is a meek and humble presence, taking her ego out of the equation. She doesn’t speak to those gathered, taking a back seat while The Reverend Dr. James Edward Cleveland preaches and sings her praises.

Director Sydney Pollock includes one scene from a rehearsal which shows Aretha in ‘business’ mode, unhappy with the music and demanding retakes from her band. This seems a bit random unless it is meant as contrast, to show her no-nonsense side: this is a powerful lady in control, not just a submissive instrument for the male preachers’ greater glory.

Cleveland is the second star of the show, a religious MC who combines humour and pathos. “She can sing anything,” he says, [pause] “Three Blind Mice …” Preaching in front of a garish backdrop painting of Jesus walking on water, Cleveland marvels at his people’s journey: “Never did we think 20 years ago that God would do great things for us”. 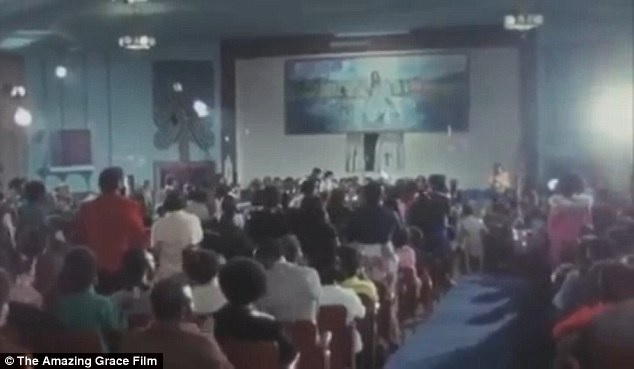 Aretha’s father, Rev. C.L. Franklin, is also is called upon to testify to her talents: “That intangible something that is hard to describe. It was more than that to me … it took me back to the living room at home when she was 6 or 7. I saw you crying and I saw you responding. I was just about to burst wide open. I say with pride. Aretha is not only my daughter, she is a stone singer.”

He compares her to James Brown, Mahalia Jackson and Clara Ward. “Some people ask me when Aretha is coming back to the church. She has never left the church.” Franklin wipes the sweat from his daughter’s face as she sings I Have Heard of a Land. He watches her intently, knocked out by the sound that is coming out of her mouth, still astounded by that voice. 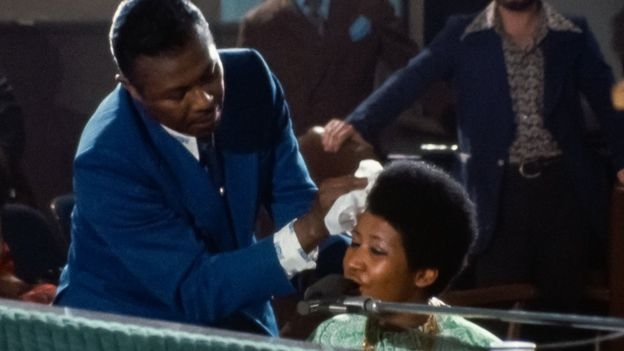