Alien: Covenant is the kind of greatest hits package that will be loved by fans of this sci-fi horror franchise, featuring echoes of the best bits from the previous five films. It doesn’t add much that is entirely new, but with original director, Ridley Scott back at the helm, the photography and design is stunning and the action sequences are visceral and thrilling. We also get two Michael Fassbenders for the price of one.

The classic original Alien (1979) inspired primal fear in audiences, wowed critics and academics alike, spawning articles which tried to deconstruct its Freudian issues. A “particularly horrifying confusion of the sexual-gyneacological with the gastro-intestinal,” wrote James Kavenagh of the famous John Hurt birth scene. With Covenant Scott is able to call on 21st century state-of-the-art special effects to similar stomach-churning effect. It is nearly as gory as attending a real birth.

Colonisation vessel Covenant is drifting through space when it is hit by a shock wave. The crew wake from their cryogenic sleep to discover death and destruction. While repairing the damage a radio transmission is intercepted from a nearby planet. Daniels (Katherine Waterston) is not keen to investigate, but her objections are overruled by acting captain Oram (Billy Crudup). Her instincts will be proved right: the distress call is the equivalent of an alien takeaway order.

The monsters in Alien: Covenant are fascinatingly repulsive. They are faster and nastier than before and have developed new ways of procreating. On the planet’s surface two of the crew are infected when they step on fungi footballs, releasing spores which writhe in the air like angry black flies before finding their way into ear and nose. In a film with variations on old riffs, this airborne menace is a scary new one. 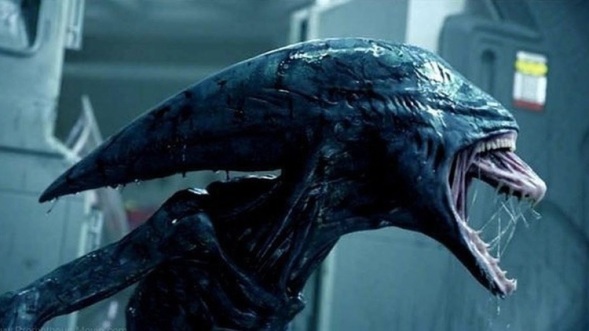 In opposition to the aliens, the latest human cargo are portrayed as idealistic pioneers, many of them married, who are aiming to build a better future for the human race on remote planet Origae-6. Daniels and her husband have even taken enough wood with them to build a log cabin. Synthetic robot Walter (Fassbender) embodies their positive outlook: ‘I think if we are kind, it will be a kind world’. He seems to display human feelings for androgynous, wide-eyed Daniels, who soon has to show what she is made of. Like Sigourney Weaver before her, Katherine Waterston develops into a tough badass, who is eventually forced to strip down to her vest. 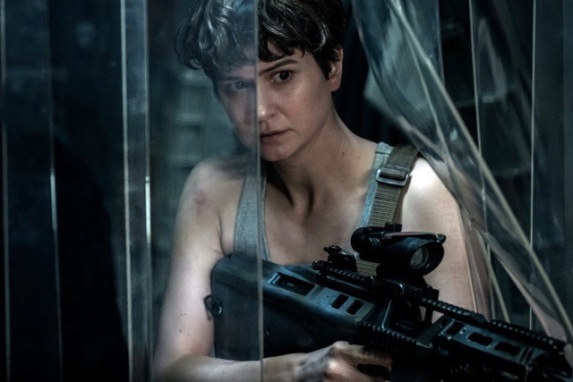 We are nine years on from the last Alien film, Prometheus (2012), and Alien: Covenant benefits hugely from the re-appearance of sinister android David (Fassbender, again) with his ‘perfect composure’. Some previous puzzles are explained via flashbacks and there is a jaw-dropping scene involving the ‘gods’ which brings to mind the fall of Pompeii. Book-ended by Wagner’s Entrance of the Gods into Valhalla, we are, perhaps, encouraged to think of Wagner fan Hitler when sinister David glories in his ‘beautiful bestiary’ and says things like ‘I’ve created perfection here, the perfect organism’. 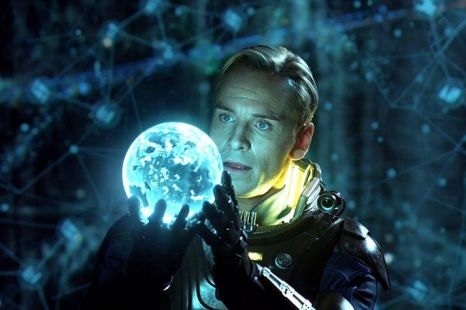 The film features stunning location scenes shot in New Zealand’s Fiordland National Park, with its mountains and waterfalls, and we get to see aliens causing outdoor havoc until it resembles a scene from Apocalypse Now.

Ridley Scott marries the impressive hi-tech sheen of recent films such as Interstellar and Arrival with the old bits and pieces from the first Alien film that worked so well: the original music, like a forlorn birdcall, and the crew’s plastic drinking bird ornament.